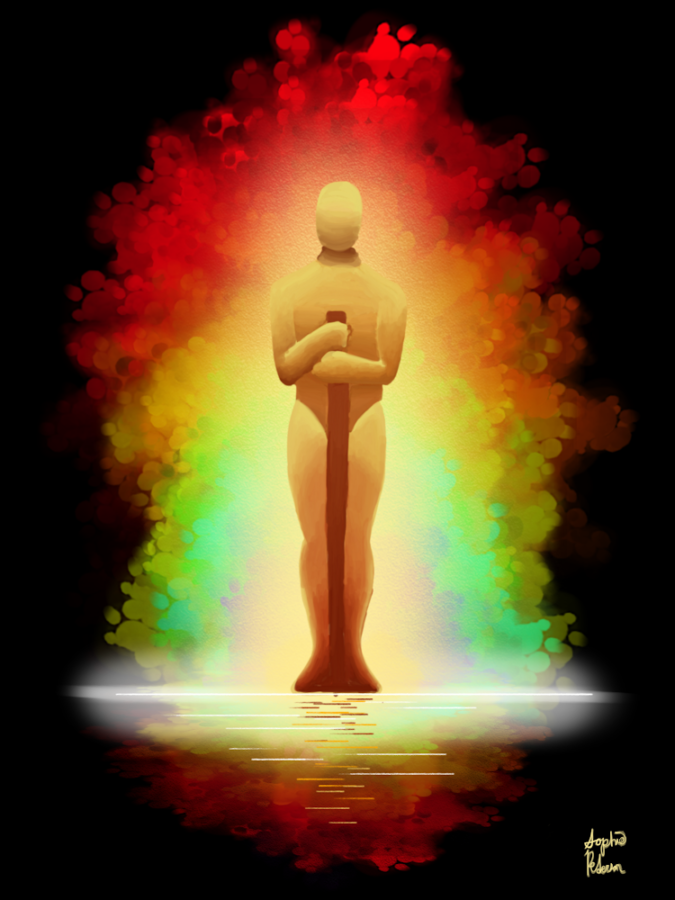 With The Oscars approaching soon, the category of Best Picture remains the most popular with the public. People love to guess which film will win, what makes the nominated films worthy of a nomination, and what makes a movie “the best movie of 2018”. Through considering all of these factors, these introductions to each film should help show what each movie is about as well as a personal guess as to which movie will win the all-important title of Best Picture. The 91st Annual Oscars will be airing on February 24th at 7:00 CST on ABC; it can also be streamed online at the oscars.go.com.

A Star is Born: In this incredibly popular fourth-time remake, Jackson Maine, a famous singer, discovers and falls in love with a hopeless and struggling artist named Ally. Ally’s career quickly takes off, but all is not perfect. Ally and Jackson face multitudes of struggles in their personal lives as Jackson faces his horrible inner demons. Even if from the public eye they seem on top of the world, Jackson’s troubled nature and seemingly unbeatable issues continue to drag him and, consequently, Ally down. With popular hit songs such as “Shallow” and “I’ll Never Love Again”, this film is a top contender for the title.

“My favorite parts of the movie were probably the love aspects. Romance is amazingly perceived in this movie with different sides of it represented (guilt, jealousy, violence, being consumed by strong feelings for someone.) It was an unbelievably well-made movie, but there are also seven other brilliant movies that are so different yet are still representing the zeitgeist of our time,” said Sara Pender, ‘22.

Black Panther: Following the newly crowned king of a hidden, technologically advanced nation in Africa, we see the inner turmoils of a king and a nation that could either stay hidden and protect themselves or be at risk by letting the rest of the world know about their improvements while aiding others. King T’Challa also must face an enemy that threatens to take his crown and endangers the safety of the world and is also his cousin. Black Panther shows the incredible cultures and customs of African nations, as well as displays an immensely fleshed out set of characters that could make you end up feeling pain for the villain. It is also the first superhero movie to be nominated for Best Picture.

“It is a powerfully told story with a unique spin on culture,” Tony DeLorenzo, English Teacher at MHS, said.

Green Book: Based on a true story, Green Book shows us the incredible story of Tony Vallelonga and Dr. Don Shirley and their unlikely friendship in the 1960s. Tony Vallelonga is a bouncer at nightclubs until he is asked to drive Don Shirley, a famous black pianist, on his tour to the deep south of the United States. In a time of racism and prejudice, especially in the south, a deep bond is formed between the two men who are polar opposites of each other. Having to deal with many a fight and struggle on the way, both men learn new truths about themselves, and about the world. This heart-warming yet hard-hitting film is a strong competitor.

BlackkKlansman: This film follows the true story of Ron Stallworth, an African American police officer in the early 1970s who attempts to deter and possibly take down the KKK in Colorado Springs. He employs the help of a Jewish police officer, Flip Zimmerman, to help him infiltrate and go undercover in the KKK. Both men deal with their own struggles and form a bond as they discover how far the “new” KKK will go. This gut-wrenching and hard-hitting movie sheds light on the horrifying truths of that time, while still being a comedy.

Bohemian Rhapsody: The story of the incredibly famous Freddie Mercury and band Queen is brilliantly told in this film. It shows their immense successes and their own struggles, as well as displays the power of love and music. Seeing how their fantastic music was made in a humorous and heartwarming way, as well as letting the audience get to know the real, fleshed-out versions of the people behind it makes this movie so great. Mercury deals with his own sexuality and self-worth, seeing him in a different light then the over the top singer we’ve all come to love. Winning the Golden Globe for Best Drama Motion Picture also puts it ahead of the rest.

“The movie really spoke to me as a fellow Queen lover and stage performer. One of my favorite parts was when the band reunites for the Live Aid concert. It just shows how even in hard times you can come back together in the end. It was an amazing film and Rami Malek did an outstanding job portraying Freddie Mercury, and I know that those were some big shoes to fill!” said Zhou Benson, ‘22.

The Favourite: Set in the early 1700s while England is at war with France, this film tells the story of a contentious and degrading Queen Anne, her friend Lady Sarah who takes care of her and the country, and a new servant, Abigail (Emma Stone). Sarah takes care of Abigail while simultaneously feeling threatened by her, as Abigail attempts to get closer with the queen and make a name for herself. Sarah does everything in her power for Abigail not to take her place. This beautifully designed comedy showcases the ridiculous aspects of Victorian-era England.

Vice: In a tumultuous drama-comedy starring Christian Bale as former vice president Dick Cheney, Vice shows the power hungry and confident nature of the politician, as he attempted to reshape the entire United States and the world. Seemingly under the power of George W. Bush, Dick Cheney became the most powerful man in the world, as he made changes we still see today. Christian Bale perfectly encompasses the interesting nature of Cheney, as he sheds light to the political power one can gain.

Roma: This movie delivers a dramatic, emotional picture of a domestic worker’s journey in 1970s Mexico. Set in an era surrounded by political turbulence, Cleo also deals with the social and economic issues of that time. In this beautiful and hard-hitting black and white film, Roma makes you feel as though her struggles are your own. Roma is also the first movie ever that is nominated for Best Picture that did not show in theaters, as it is a Netflix Original movie.

My Top Pick: While all of these movies are each entirely worthy of receiving the Oscar award, there is one movie in particular that has more merit than the others. Personally, I believe that Bohemian Rhapsody deserves to win the Best Picture award. Between the acting and music, the movie was more impressive than the others. The overall ambiance and feelings after the movie also allowed for the love and passion that went into creating the movie to come forward. Seeing such a prominent pop culture figure’s journey come to life in a film that did his life justice makes it worthy of taking home the Oscar. However, Chloe believes that A Star Is Born is worthy of the Oscar win. The film uses original music and prominent actors to up the film’s standing, and, for a remake, many people left the theaters impressed. The raw emotion in the film separates it from it’s competition and being praised the way it is while staying a romantic film is very impressive. It is interesting to see what movie will win the final Oscar; make sure to watch on February 24th to see for yourselves which film takes home the win.