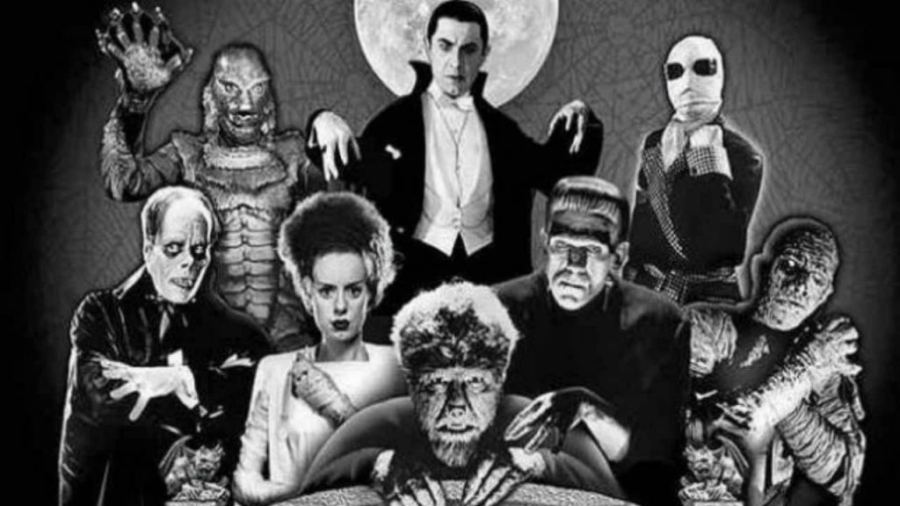 Horror movies have gained a cult following for as long as they’ve been around, with large components of modern popular culture centered around these flicks. Have you ever passed a date on the calendar when a Friday landed on the thirteenth of that month, and everyone around you didn’t mention the popular 80’s movie? Scary movies have been around since the 1890’s, and the genre is still thriving today. Horror movies are so ingrained in today’s society that every time October comes around almost every channel on television (including Nickelodeon and Disney) is playing a horror movie of some sort. But, have you ever wondered how this came to be, and how the concepts of horror movies have changed throughout time, with the changing of society?

The first popular horror film created was titled “Le Manior du Diable” (or “The House of the Devil” in English) by the French filmmaker Georges Méliès in 1896. Although this film was only 3 minutes long and completely silent, it kicked off a this genre of movies that has grown more popular ever since. Horror movies from the 1890’s to the 1940’s featured mainly gothic creatures in their melodramatic scary storylines. These monsters included the famous Dracula, Frankenstein, The Mummy, and many others. With new technology to aid in the creative process, the tone of horror films shifted towards more contemporary concerns.

Then, psychological thrillers boomed in the 1960’s (Alfred Hitchcock being one of the most notable filmmakers of this time), with many including undertones of the issues of society and the horrifying truths of reality.  This brought forth the “Golden Age” of horror movies from the 70’s to the early 90’s that focused more on artistic qualities and societal themes, with humans being the center of the horror. These more modern films changed the face of the genre forever. They took the expected roles of characters and twisted them. This era used every-day settings in the films, showing light and amplifying the horrors of life in modern society. Along with this came a change from focusing on defeating evil every time to having some instances where good fails. Some of the most notable movies created in this time period are the adaptations of the world renowned Stephen King’s novels, and “The Silence of the Lambs.”

“I like watching old horror movies the most. I respect the artistry and what they did to make the horrors more realistic, instead of using computers or technology we have now. Although it looks cheesy and is a huge part of what makes them so entertaining, I also feel like older horror movies have more depth in them than some of the newer ones,” said Jordan Hollings ‘22.

However, after this triumph in filmmaking occured, most horror movies from the late 90’s nearly until today day have faltered in most aspects in which the “Golden Era” movies triumphed. While some are considered “modern day classics” the quality of storyline and artistic value went away. This occurred because the adolescent audience which feasted on the blood and morbidity of the previous decade grew up, and the replacement audience for these films were only interested in the new age of science fiction and fantasy, courtesy new CGI technology. To reconnect with its audience, horror became self-mockingly ironic and parodic.

Nonetheless, in very recent years horror movies have gained back the momentum and qualities they once lost. They have become increasingly psychological and stopped relying on “easy” ways to scare people. These movies relate back to the golden age by being plot-driven and interesting, instead of creating a thin plot just for the sake of jump-scaring your audience. Some examples of these modern day triumphs are “IT” Chapters 1 and 2 and “Get Out.” These movies are terrifying while still being plot-driven and having well-rounded characters and character arcs. In addition, large parts of these movies are focused on providing social commentary to many horrifying modern-day injustices such as racism, homophobia, religious discrimination, and sexual and mental abuse.

“My favorite horror movie is “IT” because the movie itself isn’t the scariest one I’ve seen, but what they choose to focus on is scary. When making the movie it felt like they made society seem really horrible, then later Pennywise, the evil clown, would come into a scene and make it overall terrifying, while still managing to focus on the horrifying parts of society,” said Morgan Ryan ‘22.

As to answer the question of why horror movies are so popular, plainly enough, people like being scared.

“ I think that horror movies are popular because it gives people a rush of adrenaline. Neurotransmitters and hormones are sent to the brain when a person feels fear, and I think that a lot of people like that feeling and to be on edge,” says Annarosa Volovotes ‘22.

But there are also many other deeper reasons why horror movies are seen by so many people.

Emma Doroschack states,“I like horror movies because they really get you thinking about the world around you and make you rethink everything we seem to be blessed with. Horror movies make you think about your emotions, even if they do take you out of everyday life for a couple of hours.”

Horror films, like most other movies, provide people with an escape from reality. Because if you’re scared by the real world around you everyday, wouldn’t you once and a while like to be scared by a fictitious creature or person that can do you no harm, instead of dealing with the reality facing you? Even though many of these movies contain critiques on society that make people think about their own life, they still provide people with an escape. The fact that these popular movies are dealing with such hard-hitting subjects make people who go through those things feel seen. These movies were so widespread because people can relate to them, even if it’s about a supernatural clown that eats children.