How Rumors Of A School Shooting Threat Captured The School 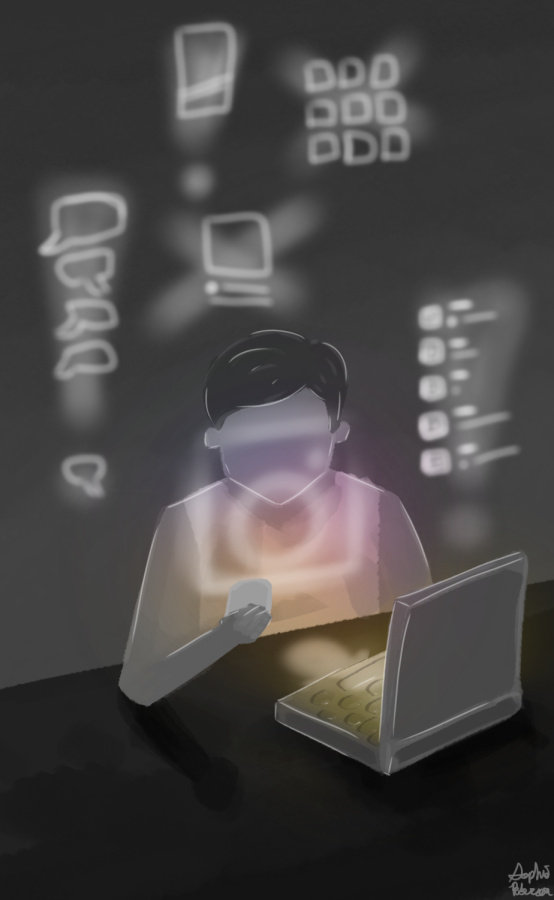 At 5:20 pm on Thursday, December 9, Principal Erickson sent an email to students regarding a potential shooting threat.

“A rumor [has] been circulating among social media among students,” it read. “We have determined there is no cause for concern and that the threat is unfounded.”

The email followed a series of posts on Snapchat and Instagram that claimed a student had threatened to bring a gun to school that Friday. The posts circulated quickly, reaching a large portion of the student body.

One post on Snapchat read, “I’m posting this for the sake of everyone’s safety on here… I’m not spreading rumors but just informing you guys.” The same post went on to describe that “MULTIPLE people” had told the user about this shooting threat, claiming that Student Affairs had dismissed their concerns in a manner they deemed to be a “bulls*** response.” The post ends with the plea that other students “stay home or be safe.”

While it is unclear whether this message was sent with good intentions or simply to spread a dangerous rumor, it does highlight some growing problems in high schools around the country–namely a waning trust in schools and a heightened fear of violence.

Following the recent shooting at Oxford High School in Michigan, students have found themselves a little on edge. Reports of copycat threats raised alarm in schools across the nation, who were suddenly and harshly reminded of the threats that exist in a post-quarantine world.

Jordi Malaret, ‘23, found himself hesitant to come to school that Friday, mostly due to the overwhelming uncertainty and uneasiness he felt.

“The Michigan shooting just felt so close to home,” he said. “And even though all of the posts seemed fake, I couldn’t help but wonder, what if it isn’t?”

It was not only the memory of previous shootings that kept Malaret home, however, but also the posts on social media that he had seen that claimed the school hadn’t addressed the concerns of students properly. These rumors reminded students of the school shooting in Michigan just two weeks prior– some of the victim’s parents allege that the school was aware of the shooter’s dangerous behavior long before he decided to open fire on his classmates.

Malaret believes the rumors at MHS are also simply based upon fear regarding the incident at Oxford that just occurred.

“Despite how much [the school] has prepared us for it, it’s just something you never want to happen,” he said. “A lot of students felt that, in previous incidents, the school’s response hadn’t been the best, so trust in them was a little low.”

To address these concerns, Erickson sent out a second email on December 9 at 10:20 pm, further elaborating on the information that led the administration to determine that no threat existed. The email clarified that the school had conducted a thorough investigation into the rumored threat in conjunction with the Minnetonka Police Department and that no evidence of a threat could be found, either online or through an interview with the accused student.

Unfortunately, this information came too late, and the rumor had already spread too far to be culled.

In hindsight, Erickson admits that he “[wishes] that he had known at five o’clock what he had known then, and that after [the shooting in] Michigan [he] had reminded students of the safety protocols [they] have in place.”

He thinks that if he had been able to release this information sooner, students would have felt more comfortable attending school on Friday.

Erickson emphasized that he would never open school if he felt that there was a risk, and he chose to let school that Friday go on as planned because he was completely certain that there was no threat.

He then went on to describe how the school reacts to potential harm, explaining that MHS and the Minnetonka Police Department collaboratively conduct threat assessment by meeting with the accused student and determining whether they have access to weapons.

Both she and Erickson say that they understand the need for more information. When dealing with such a concerning subject, it is only natural that students and parents want to know as much as they can. Erickson said that his goal is to always be transparent about what is happening and what the school has done to address it, but there are some details he cannot reveal.

Despite this, he said that he intends to do as much as he can to ease students’ nerves.

“It’s unfortunate that students have to feel anxious about this happening,” said Erickson. “I understand the cause for pause and concern.”

The school has dealt with threats in the past. One such incident occurred in June 2017 when a student posted threatening images of a weapon to Snapchat. Social media was actually quite useful in dealing with this situation: Erickson said he was only able to react to the threat in time because students had emailed him about the images and messages that they had seen.

“It’s important that students reach out,” he said. “I don’t want students to think that we don’t want to hear their voices.”

He encourages students to email him or send him a direct message on Instagram if they have concerns, as well as make use of the new confidential reporting system.

“We want students to report- they’re the best sources of information for me,” he said. “If you feel unsatisfied with a decision the school makes, reach out–and if you don’t feel like the answer is satisfactory to you, you can reach out to Dr. Peterson or the School Board. It doesn’t necessarily mean that things are going to change, but you always have avenues to continue to pursue your concern.”