John F. Kennedy and the Conspiracy Theories Swarming His Assassination 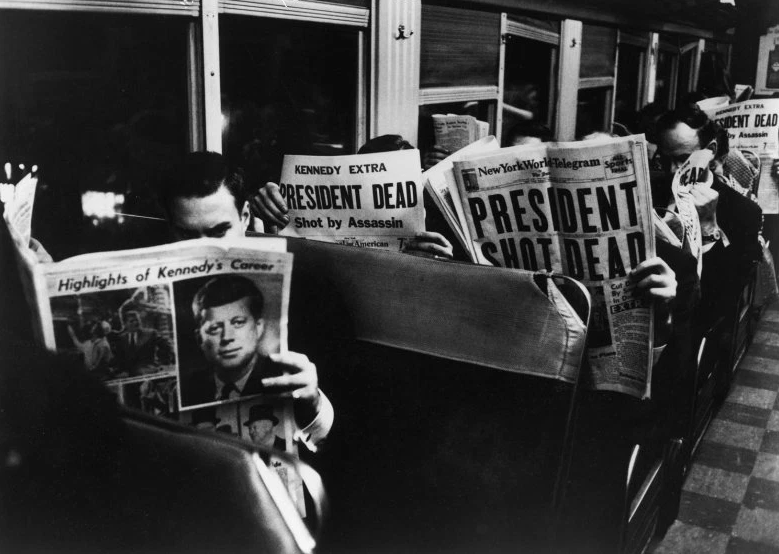 On November 22, 1963, the thirty-fifth president of the United States, John F Kennedy (JFK) was assassinated. He took his final breaths next to his wife, Jacquiline, during a parade in Dallas, Texas. The Kennedys were a national treasure, as they brought glamour and appeal to the White House with their stunning good looks and Jacquline’s iconic sense of fashion and style. JFK’s death shocked the nation as it happened seemingly out of nowhere.

The parade route passed 20,000 windows. None of them were inspected by the Secret Service. This was a big mistake as it was through one of these windows where the culprit Lee Harvey Oswald shot the President. He had no conspiracy against the government.

Oswald, who was born in New Orleans, later moved to the Soviet Union, the US’s longtime rival at this point in history. This would lead to many people suspecting Soviet involvement in the assassination. Thus, the first conspiracy theory regarding JFK’s untimely death was born.

The theory states that Oswald worked with the USSR and Cuba to take down Kennedy in order to leave the United States vulnerable to attack. It also says that Oswald, who previously tried to defect to the Soviet Union, went to the Soviet Embassy in Mexico City weeks before JFK’s death.

Another theory that supports this is based around Jack Ruby, a nightclub owner in Dallas and the man who killed Oswald only two days after Oswald killed Kenedy. It is rumored that Ruby had connections to the mafia, which could suggest that the mafia at the time wanted to keep quiet. One should note, however, that part of the theory is that the mafia was working with the CIA in order to kill Kennedy. At first glance, the idea of the CIA having been involved in Kennedy’s death seems unlikely; however, the CIA withheld information surrounding Kennedy’s death from the Warren Commission.

This prompts the question, why might the CIA want to assassinate the President? This could be because of their desire to assassinate Fidel Castro and their suspicion that Kennedy would be against this. A book titled CIA Rogues and the Killing of the Kennedys discusses a theory that four CIA members worked together to orchestrate the killing and three of them fired four shots during the assassination.

Another very popular theory was known as the “grassy knoll theory.” It states that there was a second shooter standing on the grassy knoll. A rumored second recording of the assassination shows that smoke could be seen coming from somewhere in the knoll. Unfortunately, the footage has “gone missing,” which calls the validity of the theory into question. However, years later, the granddaughter of the person who filmed the supposed second angle, Cynthia Nix Jackson, actually sued the US government for ten million dollars for the return of the film. We know the film exists, as there are numerous reports of it.

The last time it was viewed was in 1978 during the House Select Committee on Assassinations. The Committee contradicted the Warren Commission by stating that the President’s assassination was “probably a result of a conspiracy.”

Another theory that interests many is the Umbrella Man theory. This theory ties back to the theory of CIA involvement as it suggests that Oswald worked with a man who was known as the Umbrella Man.

In the main film of the assaination, one can see a man holding an open umbrella. An interesting detail about the film is that Kennedy is shot the moment he passes the man with the umbrella, some even pointing out that he may have lifted the umbrella when he was shot. This suggests two things to theorists, either that the man’s umbrella acted as a signal of when to shoot Kennedy, which is the more reasonable one, or secondly that the umbrella might have been a dart launcher, which was supported by a small hole found in Kennedy’s neck.

A man claimed to have been the curator of this weapon which gives some realism to the theory. After the assassination, the Umbrella Man could be seen perfectly calm after the shooting, lounging about on the curb. The man in question was named Louie Steven Witt. He brought the umbrella to testify. He stated that the umbrella was a protest to JFK’s father, Joseph P. Kennedy. The Committee seemed to have believed him as there was no searching of his house or further questioning.

Many questions accumulated around the tragic death of John F. Kennedy; in fact, after his death, the Warren Commission began to investigate the truth behind Kennedy’s assassination. The findings of the Warren Commission stated that there was no external involvement and the only gunman was Lee Harvey Oswald.

Lyndon B. Johnson, Kennedy’s Vice President, can be quoted saying that he didn’t believe Oswald “worked alone,” although he can accept that he “pulled the trigger.”

If the Vice President of the United States of America has admitted to having doubts of what actually happened to JFK, then maybe we all should be looking a little closer into what the government might be hiding. After all, the people have a right to know.