MHS Athletes on Practicing during COVID 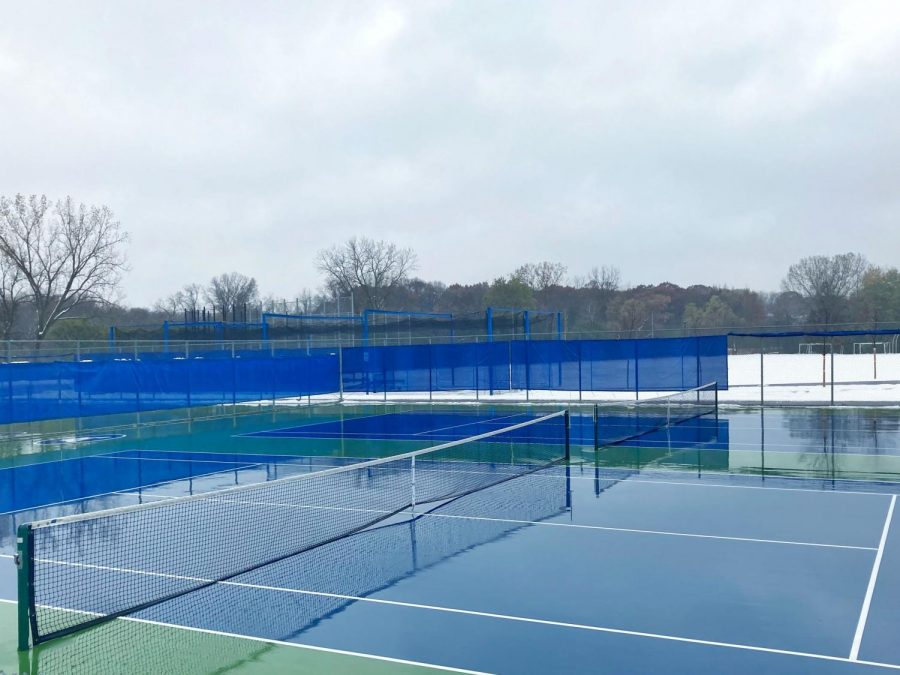 It seems like everything has been turned upside down by the COVID-19 pandemic lately, and sports practice is no exception. The girls’ JV tennis team is just one example of the many athletics teams affected by the recent changes. A season that usually lasts two months has been cut down to one, and the bleachers surrounding the court are nowadays lacking their audience, kept empty for sanitation reasons.

Some have expressed their disappointment that they can no longer have large group celebrations.

“We’d have more time for the team to bond and hang out,” said Deepti Pillai.

Pillai also expressed how talking and playing close matches with friends was the highlight of practice.

Without these matches in her daily routine, she said that “It made the season a little more boring”

When asked how the special changes have affected her mood in the recent months, she said she was not too down, but was rather mostly disappointed in the shortened season and shortage of group activities.

“I’ve seen a few schools that are less strict than us, but that’s because their area has less cases,” said Pillai. “Obviously they’re happier right now, but our coach tries to make it as fun as possible, and he did a good job of it with what he could.”

An article written by staff at the Mayo Clinic said that “loneliness in children and adolescents is worrisome because it can have long-term effects.”

Research has shown that loneliness and isolation can affect existing mental health issues or lead to conditions like anxiety and depression. It is great to see that the coaches at Minnetonka have been trying their best to keep athletes’ conditions as familiar and enjoyable as possible, and even better to see that they are succeeding. Practice may not be completely back to normal yet, but at least it is working for now.