Staying Positive During Time Off Due To A Season-Ending Injury 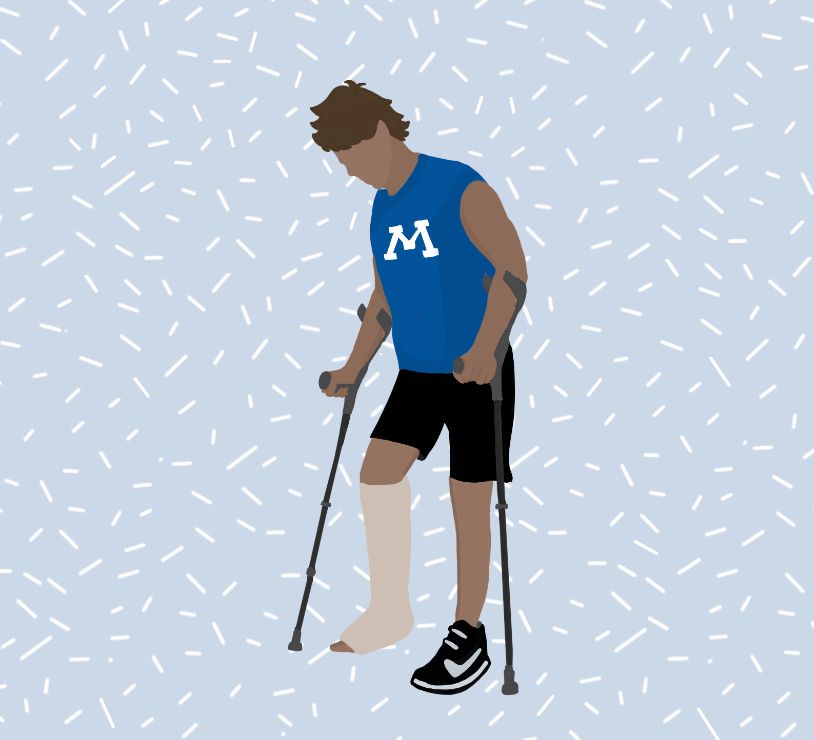 Injuries are common in all high school sports, but once an injury becomes season-ending, it can be devastating to the athlete.

Josie Post, ‘24, plays soccer at Minnetonka High School and is dealing with one of these types of injuries. In the beginning of the fall soccer season, she tore her ACL playing soccer. This injury not only led to her being out for the season but also led to her being out of the sport entirely for the next nine months.

For many high school athletes, their sport is very much a part of their daily life, and this fact makes it that much more impactful when it is taken away due to an injury.

When participating in any sport, an athlete hopes that an injury will not happen. But they are often unavoidable and can happen at any point in a game, practice or even outside of the sport.

When Post was asked what the hardest part of dealing with her injury was, she said that it was in the beginning when “[she] had to use crutches for two weeks. It was during the summer so [she] wanted to go and do [activities] with friends” and could not. She also said that “getting around school with [a] knee brace was hard for a little while.”

However, every obstacle encountered has a silver lining. For Post, it was the added free-time. She said that “[she] got more time to play the piano” and that she was able to “play the guitar and ukulele [more] too.” Post also said “[she] got to spend more time with friends and family,” which was definitely another positive.

Post’s advice for other athletes facing a season-ending injury is “just to get another hobby because you get so much free time, [since] you’re not playing your main sport. It’s kinda nice to have something else to do.”

When any athletes are facing injuries, especially a season-ending injury, they want to jump back into the game as soon as they can, but sometimes it is too soon.

Casey Jewett, a physical therapist from OSR Physical Therapy, touched on how a lot of student athletes try to jump back into their sport too fast.

Jewett said the most challenging part of working with student athletes for him is “that athletes try to return too quickly, [since as physical therapists they] are not on the field with them like athletic trainers are, it’s harder to keep [injured athletes] off the field.” He also said that athletes might “try to lie about their symptoms to return to a sport quickly.”

Even though injuries are sometimes unavoidable, they can be prevented.

Jewett said that the best way to prevent season-ending injuries is to “get in a good warm-up” before practice “so you’re not jumping into a sport cold.” He also said that “a functional/dynamic warm up” is the most effective for injury prevention.

Jewett also said that “there are statistics that show that a lot of depression can come with any season-ending or long-term injury.” His advice for athletes facing injuries that are keeping them out of the game is to “stay active with your team.”

“It is important to stay with your team and still go to practices,” games, and “still see your teammates,” even when an athlete is injured and probably would not be able to participate, Jewett said.