One Shining Moment: Minnetonka’s Moments Of Glory In March Madness 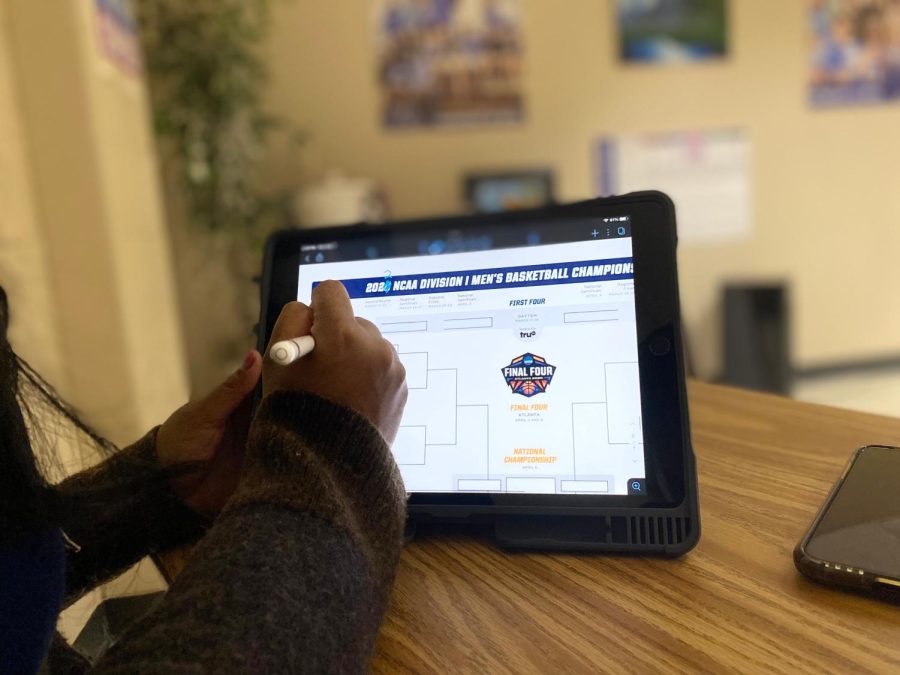 The playoffs–the ultimate test for athletes. Michael Jordan and Tom Brady were both excellent players during the regular season, but they will always be remembered for what they did when the chips were down and everything was on the line. Love it or hate it, the playoffs are where legends are born, and no playoff tournament has ever meant as much as March Madness.

The NCAA Men’s Basketball Tournament, more commonly known as March Madness, is a 68-team tournament that caps off the mens college basketball season with an unparalleled amount of hype. In one game, an entire season’s worth of hard work and dedication is on the line for each and every player. Aside from extremely high level basketball, March Madness is a concentration of hundreds of players and millions of fans, each with a burning desire to win the National Championship.

Every sport has unforgettable moments and insane plays, but considering the stakes, none compare to the moments March Madness creates. No fan could ever forget Kris Jenkins’ buzzer-beating three-pointer to win the National Championship in 2017, Loyola Chicago’s 2018 Final Four run or even the unprecedented upset of sixteen-seed UMBC over one-seed Virginia.

Every fan has their own favorite March moment. For Keegan Dosek, ‘24, the 2017 Final Four is especially memorable because he was in attendance. Dosek, a North Carolina Tar Heels fan, got to witness the Heels pull off two clutch victories to become NCAA Champions in Phoenix.

“It was a really good feeling when North Carolina won because the excitement level was electric. We were high fiving with everyone around us, and everyone was so happy,” he said.

March Madness brings out a certain intensity that cannot be found elsewhere, not only for players but for fans as well.

“There’s a complete sense of elimination. You want to make your school and your fans proud, and win a championship,” Dosek said.

As for electric March Madness moments, some former Minnetonka athletes, Riley Dearring, ‘14, and Cameron Steele, ‘20, have been a part of some. Dearring was a member of the 2015 Wisconsin Badgers who defeated the 38-0 Kentucky Wildcats in the Final Four. Just a year ago, Steele’s fourteen-seeded Abilene Christian Wildcats defeated the in-state powerhouse Texas Longhorns in the first round, one of the tournament’s most shocking upsets. Although neither played for very long in the tournament, both were solid contributors to their respective runs, and they will always remember the experience.

March Madness may not be the best way to determine who the best team is, but it is no doubt the best way to crown a champion. As the nation prepares for what’s to come this month, a word of advice: don’t blink, or you will miss the Madness.