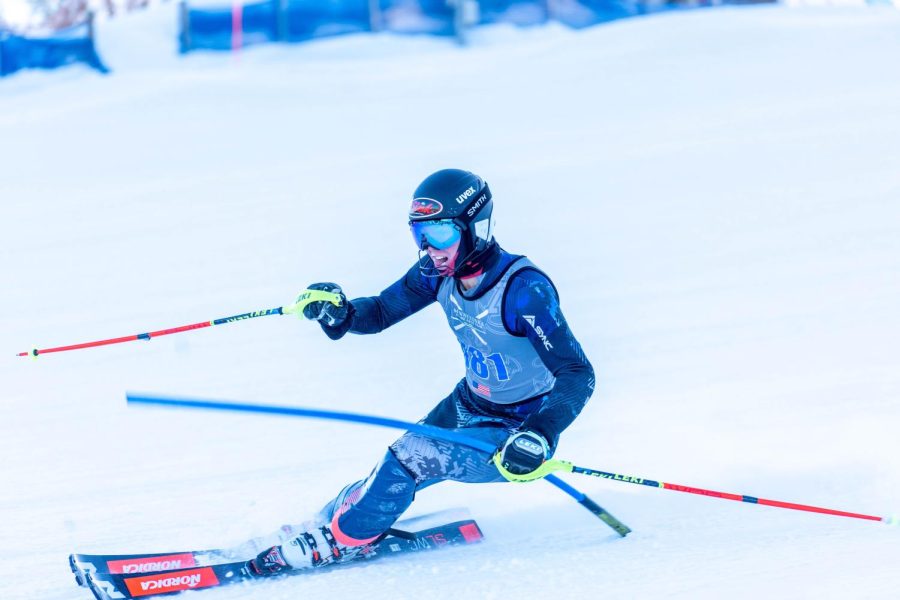 Even before taking the slopes on Giant’s Ridge for the 2022 MSHSL state meet, it was clear that the Minnetonka Alpine teams were on their way to something special this year. The top six skiers from each team compete in the section and state meets, and the top four of those score. Minnetonka made every position count during championship season.

After going undefeated this season in competition, the boys team proceeded to win sections quite handily, scoring four of their skiers in the top ten and securing a rock-solid position on the Giants Ridge starting line. West Lutheran’s Josh Nelson would win the individual title, but Stephen Reddington, ‘23,  who finished in second place; Marley Barrett, ‘23, who finished in third place; JD Landstrom, ‘23, who finished in fifth place; and Evan Jones, ‘22, who finished in tenth place, handily secured a victory for the Skippers.

At state, the boys pulled out a 26-point victory over Lake Conference rival Edina High School, but it was not without a challenge. Barrett, a frequent top scorer for the Skippers, lost ten seconds on a blunder in his second run, preventing him from contributing to the team’s score. Meyer did not finish his second run, leaving the championship in the hands of Steve Conlin, ‘25. Under all kinds of pressure, the prodigy pulled it off and Minnetonka took home a trophy, much to the relief of head coach Dave Gartner and the Skipper fanbase.

Once again, the girls team had a more contentious battle to fight on the slopes than the boys. Stillwater High School had just as deep of a lineup as Minnetonka, and every scoring position mattered immensely. The two teams going toe-to-toe were as close as they come; just as the boys’ second runs set them back, the girls’ second runs may have been what secured their title. Pachmayer and Stinnett improved their scores on their second runs, and the Skippers held off the Ponies by a small margin of six points. All six Minnetonka skiers’ runs stood, and in the end, that solidity is what drove the Skippers’ victory.

In Gartner’s six-year-long career at Minnetonka, he had never seen both the boys and girls teams win the state meet. They have been in the conversation, however, long before this season. There has hardly been a season in the last twenty years where the Minnetonka Skippers were not among the finest in Minnesota. Gartner believes that the Skippers’ adherence to skiing fundamentals and mastery of the basics, as well as their stellar technique, were the key ingredients to Minnetonka’s success.

Minnetonka was excited to see a lot of young skiers place highly at Giants Ridge, and they are all geared up to do it again next year.