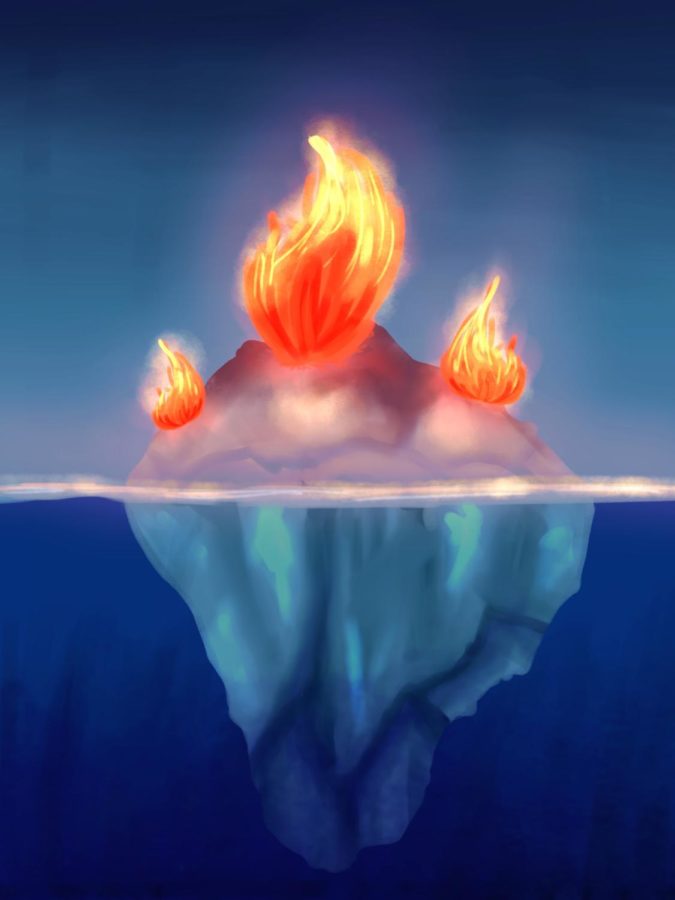 Andrew Yang, one of the Democratic party’s many candidates running for the presidency, along with other candidates from both sides of the aisle, have branded climate change the “existential threat” of our generation. Yang says that “the right time to deal with this crisis was decades ago”, but we must act now, swiftly and decisively, before it really becomes too late. However, the future looks dark as we see our forests burning, our ice caps melting, and our families being displaced by natural disasters that are growing in size and magnitude.

The forest fires plaguing the Amazon rainforest in Brazil have been widely covered in mainstream news media, garnering sweeping outrage, especially from young people. According to Christopher Poirer, a director for the non-profit Amazon Watch, “the vast majority of these fires are human-lit.”

Most of these fires were initially set by loggers and cattle-ranchers who wanted to clear and use the land. However, due to the Brazillian government’s emboldenment of those who want to exploit the Amazon for economic purposes, the situation has escalated further. When the current Brazilian President Jair Bolsonaro was campaigning for the presidency, he made a promise to boost Brazil’s economy by exploiting the Amazon’s natural resources. Now, many organizations are saying that Bolsonaro is encouraging loggers, ranchers and farmers to burn the Amazon at an unprecedented rate without any punishment.

This is just another reflection of the corruption and ineffectiveness of Brazil’s current government – “land-grabbers” often try to illegally obtain and sell plots of land, and even despite the attempts at crackdowns, each one has been met with strong opposition from the public and the government.

Trisha Trinh, ‘20, remembers how “the rivers are so polluted” in her home country of Vietnam, and says it is largely due to the “corruption of the government.” With the source of 20% of the world’s oxygen burning before our eyes, what can we really do? This is certainly not a simple question. The need for Brazilian farmers and loggers to burn the forest stems from the instability and inequality engendered by Brazil’s economy – and it is obvious that the current administration is not doing anything to mitigate the crisis.

What about the United States? According to National Geographic, our president, Donald Trump, has also made it a point to further his persona of a populist president by repealing many crucial environmental regulations, supposedly to make the most of the United States’ natural resources and to allow manufacturers to produce to their fullest potential.

For example, this May, Trump’s administration rolled back several rules that regulate offshore oil drilling. These regulations were first implemented under the Obama administration when a BP oil spill killed 11 people and dumped almost 200 million gallons of oil into the ocean – it tightened safety rules for offshore drilling expeditions. However, now that it has been rolled back, oil and gas corporations are free to do business with fewer regulations, which could possibly exacerbate the climate crisis as well as jeopardize the safety of thousands.

President Trump also removed several obstacles to mining near the Boundary Waters Canoe Area in northern Minnesota. Toxic sulfide-ore, as well as mining runoff, would contaminate a natural area that is home to a diverse ecosystem and is a frequent travel destination for many Minnesotans.

In many ways, this is a hopeless situation. The only people who can make a real difference in this climate crisis are government officials that can change the tide of policy to save our environment from ultimate demolition. Unfortunately, the majority of us are not such officials. However, especially in the United States, we have a system called democracy that allows us to have a say in what course our future will take. So it is crucial that everyone uses their votes intelligently. Go out and vote – make sure to not only vote, but do your research on the candidates and their policy stances and make sure they are dedicated to environmental conservation.