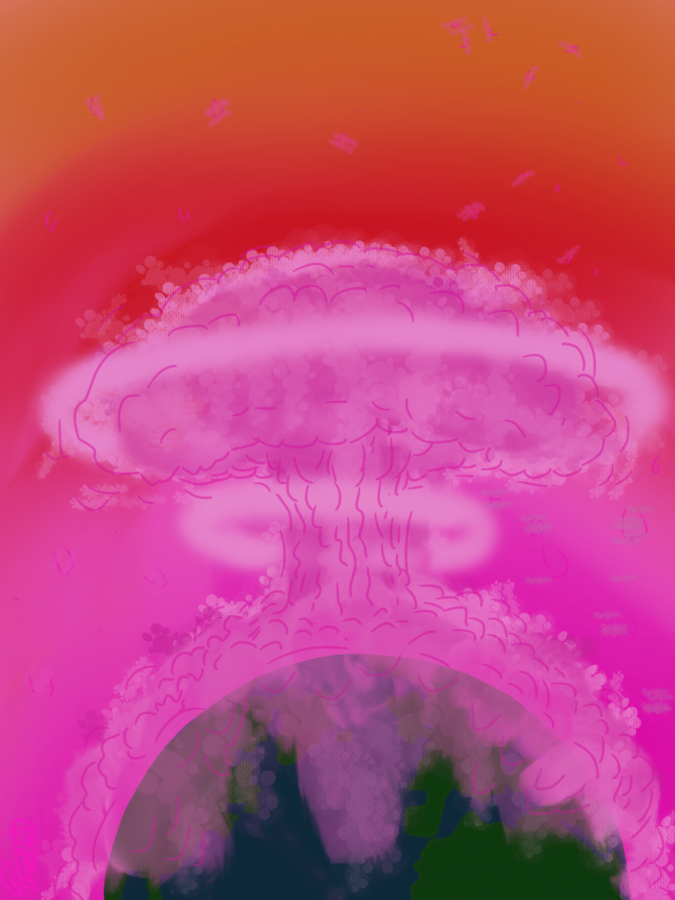 On September 5, a massive fire broke out in El Dorado Ranch Park, California. The source of said fire was a small pyrotechnic device used to generate colored smoke for a family’s gender reveal. Instead of spouting smoke, however, the device set the four-foot-tall dry grass on fire. The fire caught quickly, and, by September 18, it covered 20,000 acres of land and had turned the sky red with ashes. Thousands of people were forced to vacate the area.

This is not the first gender reveal event to lead to a wildfire. In 2017, a border patrol agent set off a fire using a miniature explosive in the plains of Arizona. This destructive pattern has led to a long-lasting but rather easy-to-answer question: are gender reveal parties bad? The answer is yes, of course, but for a different reason than one might think.

The list of gender reveal disasters is a long one. Cars catching fire, fireworks going off in people’s faces and pathetic slap-fights between parents-to-be and unhappy guests. Explosives are a common thread through all said disasters, and on October 26, 2019, the shrapnel from a small pipe bomb hit a party guest, killing her. It’s horrible, but many of these fiascos can be ascribed to blatant disregard for human life. Nobody should be playing around with bombs in their backyard.

The creator of the gender reveal party, Jenna Myers Karvunidis, chalks the overuse of explosives up to toxic masculinity.

“Why can’t men just enjoy a baby party without having to add aggressive energy to it to prove they’re manly men?” she tweeted immediately following the September 5 fire.

Kunividis started the gender reveal trend in 2008, when she posted a video of her cutting a pink frosting filled cake on Youtube. She now regrets this decision, and has realized that her daughters can express their gender in completely different ways.

“Now I think the whole thing is not great at all,” she said in an interview with The Guardian, “the problem is that they overemphasize one aspect of a person.”

The concept of a gender reveal party is intrinsically flawed. Celebrating a child’s gender, rather than the child themselves, is reductive and forces the child to conflate their entire identity with their gender. It may seem like a minor problem, but it can lead to huge identity issues in the future, like internalised transphobia and sexism.

“It reinforces the idea that gender is something that is decided at birth and not a social construct,” said Eliot Yeshaya, ‘23. “It plays a large role in the idea that one has to socially conform to the identity assigned to their genitals.”

The way parents see gender can poorly impact a child as well. Many gender reveal videos showcase a parent finding out that their child is a girl and storming out in anger. Parents should not let the gender of their child determine how much they love them, but gender reveal parties encourage that behavior. This can be an even larger issue if parents believe they are having a boy, and then have a girl, or vice versa.

Gender reveal parties are usually held after a couple is told the sex of their child via sonogram, but that sonogram may not be accurate.

According to sonographer Catherine E. Rienzo, “sometimes it’s not that easy. If it’s a male and the testicles haven’t descended, it can look like a female. It’s not one hundred percent accurate.”

Despite the forefront of the anti-gender reveal party argument being the physical damage done, the major problem with gender reveal parties is the toxic gender rigidity that they endorse. When the children for whom these parties were thrown grow up, one can only hope that like Kunividis, they will develop a healthier understanding of their identity, and that of their children.