Halloween: A Spooky Holiday That is Celebrated Differently All Over the World 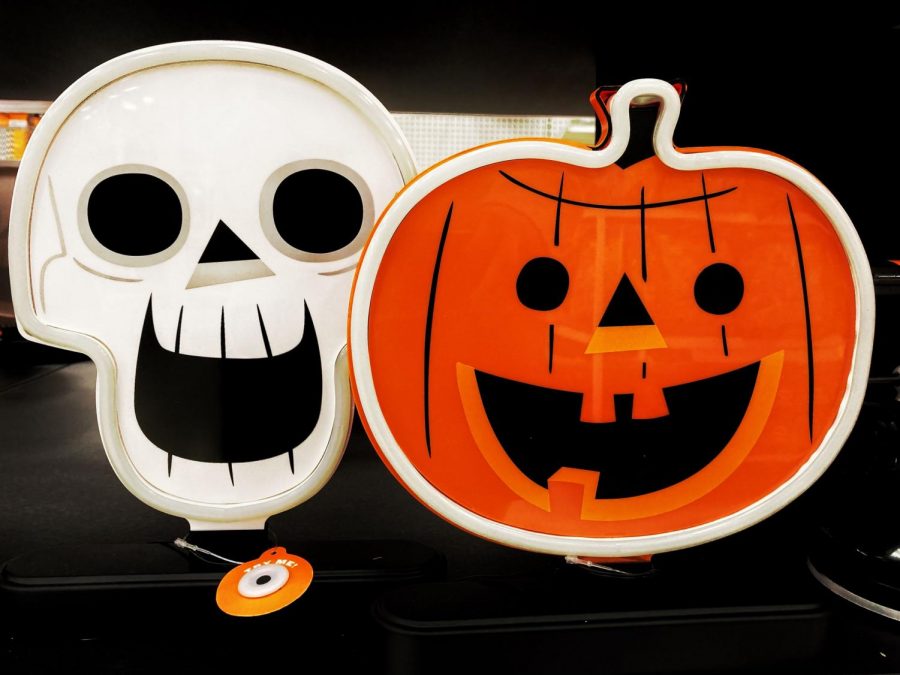 Trick or treat! Halloween is a holiday that many people around the world celebrate. The celebration of Halloween originates in modern day Ireland from a Celtic festival called Samhain. The day of the festival was believed to be the day the barriers between the physical and spirit worlds break down. Originally, the Celtic priests built huge sacred bonfires and gathered people to burn crops and animals as sacrifices to the Celtic gods.The tradition of Halloween costumes was derived from what the Celts wore. They put on animal heads and skins and attempted to tell each other’s fortunes.

Halloween is practiced in similar but slightly different variations in different parts of the world. Several countries in Europe, Africa, Asia, Central America, South America and the Middle East celebrate the day by trick-or-treating and holding festivals. People also celebrate by spending time with family and friends.

In Europe, the holiday is characterized by a variety of events and parades and the Irish tradition of the Jack O’Lantern. A lot of kids enjoy trick-or-treating, ghost stories, and carving pumpkins, just like people in America. Although some countries in Europe don’t follow American Halloween traditions, cultures of Dublin, Ireland, and Scotland consider this day to be of great importance since its first celebration more than 2000 years ago.

Some African countries celebrate Halloween just like the Americans do. Countries such as Ghana and Nigeria have the tradition of trick-or-treating, and people often dress up as ghosts or witches. However, some prefer to hold on to their own traditions rather than celebrating Halloween. In 2013, Rwanda banned people from hosting Halloween parties due to cultural and religious differences.

In the Middle East, Halloween isn’t as widely celebrated.

Marisa Flore, a blogger and a researcher of Halloween culture in the Middle East, said, “In the Middle East, the majority of the communities do not participate in Halloween. However, some Arab countries such as Lebanon, Syria, Jordan or Palestine practice their own versions of Halloween called ‘Eid il-Burbara,’ or Saint Barbara’s day. People gather up in small groups and rather have parties or festivals than going trick-or-treating.”

In South and Central America, countries like Mexico practice their own traditions for Halloween. A similar Mexican holiday is called El dia de los Muertos, or Day of the Dead, and it is celebrated on November 1.

Countries such as Chile, Colombia, and Brazil all celebrate Halloween similarly to the United States, but with a combination of other large festival entertainment options such as beer festivals, film screenings and art exhibits. In Paraguay, Halloween is barely celebrated and is not considered a national holiday.

Hannah Kim, a student in Paraguay, said, “It depends on where you live, but in most schools of my region, Halloween is a day where guys ask girls out to a dance and hang out together. There are a lot of people that do not like the idea of celebrating Halloween, so it is considered as more of an intimate and personal event with close friends, rather than a holiday or a big school event.”

By looking at how Halloween is celebrated around the world, one can discover how different cultures celebrate the holiday.

Greta Lips, ‘22, said, “It’s really interesting how one holiday can be interpreted and celebrated in a variety of ways. I’m very excited to learn more about other cultures’ Halloween celebrations since even in the United States, [the way] people celebrate differs.”

Although COVID-19 is restricting people from gathering together and celebrating events as they used to, people still plan to celebrate in small groups of friends or watch spooky movies. COVID-19 also caused creation of a good opportunity for connection among different countries through virtual events. Halloween will still be celebrated and remain as everyone’s favorite holiday.