The Importance of Finding a Comfort Show or Movie 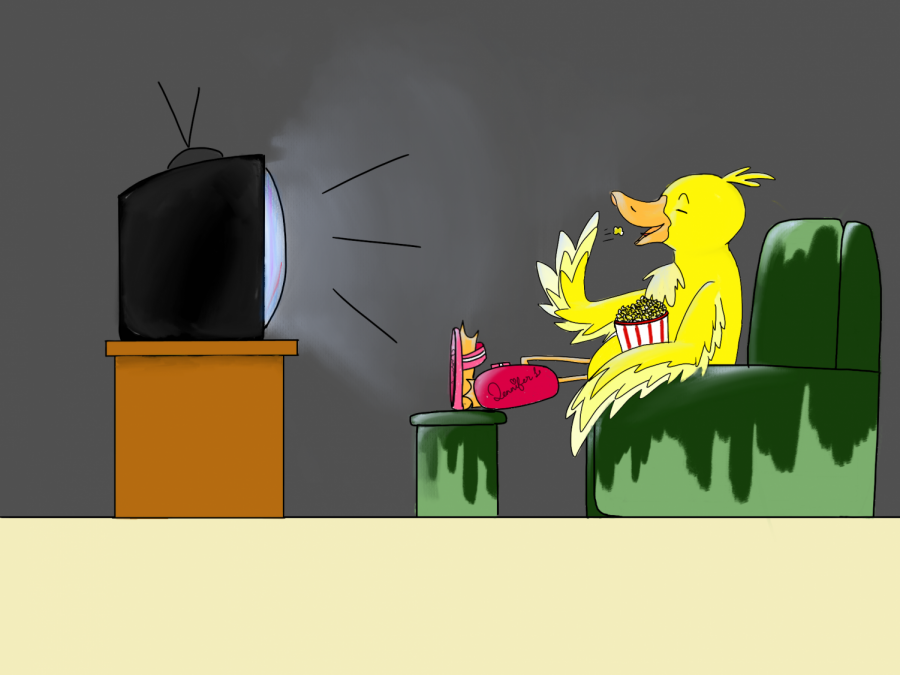 With school starting back up again and the world being more complicated than it ever has been during our lifetimes, things can get really stressful. To cope with all of the confusion and anxiety, lots of people turn to movies and television shows. And, more specifically, people tend to rewatch the same television shows and movies that they’ve watched for years. This concept is known as a comfort show or film. Behind the general concept of finding a way to relieve stress, there is a deeper reason why people love to rewatch the same media over and over again.

During the height of quarantine, shows like The Office and Friends saw streaming rates skyrocket. Re-runs of these shows dominated cable television’s lineup for months. Although the shows haven’t released new content since the 2000s, they still capture people’s attention and are some of the most talked about and watched shows to date.

“For me, my main comfort show would be Parks and Recreation. I love it so much and I’ve watched it so many times that it just helps calm me down and relax. I first watched Parks and Rec sometime in middle school, and,since then, it’s been my favorite show,” said Leah Tift ‘22.

Not only have old television shows made a resurgence during these anxiety-inducing times, but films have as well. On social media in these past few months, there has been a major Twilight renaissance. Twilight, which was one of the most popular teen franchises in the late 2000s, has now become popular again for the same reasons The Office and Friends have.

Beloved shows and films are so popular because they cause a nostalgia trigger to go off in our brains. Things that bring one nostalgia are always thought to be consoling and able to alleviate the day-to-day stress one experiences; they bring them back to a time when things weren’t so hard. It feels good to reminisce, and even better to escape current reality. The best part is that it takes basically no effort when it comes to rewatching something one already knows they love.

Dr. Pamela Rutledge, a media psychologist and the director of the Media Psychology Center, talks about this in a recent interview with NPR Radio.

“Anxiety plays a role because of the uncertainty, that it makes us much needier for comfort. Our energy is a little bit used up from the stress. And so we’re really looking for something that we can enjoy that isn’t going to use more of our energy; that’s going to actually reinforce or relax or allow us to escape and give us a little bit of a vacation rather than tax our brains to figure out what’s going on in a very complex plot,” she said.

Another reason why people like to fall back on comfort films and shows is because of the need and love for repetition. Knowing again and again that nothing will drastically change and everything will be alright is something people need, especially when experiencing anxiety and uncertainty. Coming back day after day to the same loveable characters and enjoyable plot lines creates a sense of security and predictability that never gets old no matter how many times one might watch the same episode.

The combination of repetition and nostalgia creates a sweet pairing that causes people to come back to the same things they’ve watched when they were younger and to continue to enjoy them. Finding that place where you can escape to, even if it’s just for a half an hour, can be absolutely crucial during hard times. Instead of being afraid of wasting time rewatching something, know that the simple act of watching a favorite Friends episode can do more good than one might think.