The Objectification Of Women in the Movie Industry 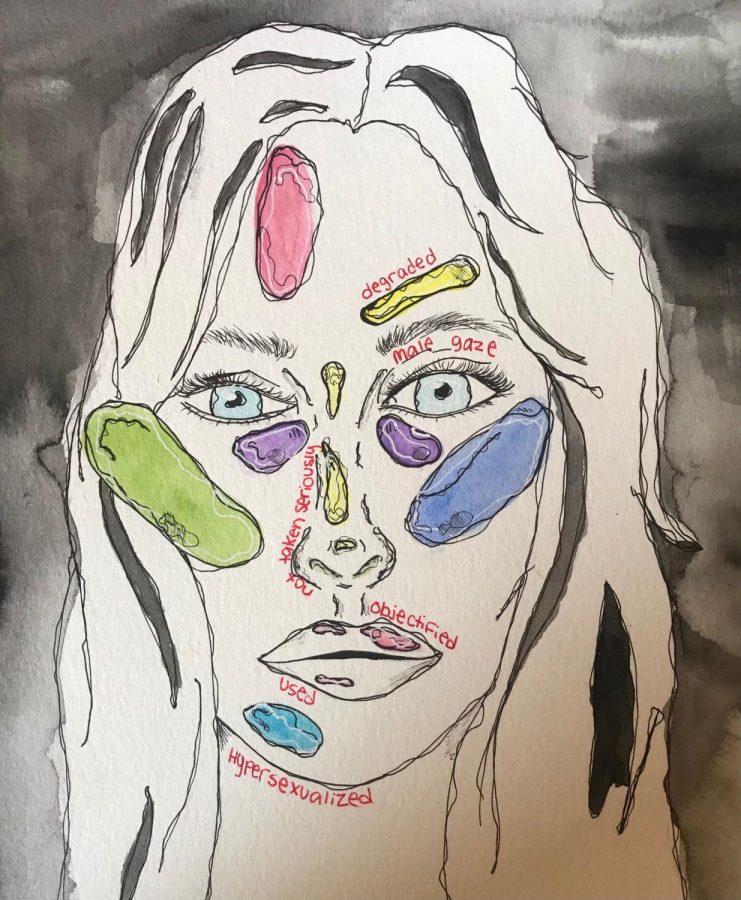 The movie industry has dazzled and amazed its audiences for ages, but throughout its century-long history, nothing has captured the attention of viewers like the industry’s leading ladies.

Hollywood has had a vast array of actresses with amazing talent and wit. Take Austrian born actress Hedy Lamarr who, after finding out her husband was aligning with the Nazis during WWII, disguised herself as a maid and fled to Los Angeles to pursue film. During the day, Lamarr would work on set, but, in her free time, she would come up with genius ideas about how to aid America in the fight against the Nazis. When Lamarr came to the US Government with her idea for an advanced communication system (which would be developed into the modern-day Bluetooth system), they took her research but denied her idea.

This has been a theme throughout Hollywood’s vast history: regardless of their intelligence, women are often undermined by society. Even though efforts are being made to make Hollywood more progressive overall, the mistreatment of women is still prevalent today.

In more recent years, examples of misogyny in the industry are personified by actress Megan Fox’s experience in Hollywood. At the young age of fifteen, director Michale Bay chose her to be an extra in his film Bad Boys II, where he had her dance in a bikini and high heels under a waterfall. She was later cast as the female lead, Mikaela Banes, in the film Transformers, also directed by Bay. In film, there is a concept called “the male gaze,” which is essentially the objectification of women. Fox’s character in Transformers is a textbook example of this concept, as she is constantly seen in sexual and degrading poses.

Another prime example of this is the opening credits of the 1976 film Carrie. The scene depicts teenage girls in a locker room in a very questionable and disgusting way. However, one key difference between Carrie and Transformers is that Carrie White is quite literally powerful (as that is the premise of the movie), whereas Mikaela Banes is not. The former’s story is about her horrifying experiences, whereas the latter’s is simply that of the love interest.

In 2009, Fox was eyed for the titular character in a film called Jennifer’s Body, which was a horror film written by Diablo Cody and directed by Karyn Kusama. The central concept of the film was to take tropes in both the horror genre but also film as a whole, which dehumanized and degraded women, and twist and adapt them to empower women instead. The film was a commercial failure.

In 2019, to commemorate the ten-year anniversary of the film, which now garners a cult following, Megan Fox and Diablo Cody sat down for an interview to discuss the film. During this interview, they shared how the studio heads wanted Jennifer’s Body to appeal to the male gaze and marketed it accordingly, rather than honor Fox and Cody’s desire to empower women through the film.

When talking about her sexualization by the media, Fox called it “overwhelming” and that “objectification” does not fully capture what happened to her, as this mentality occurred with every producer she worked with.

Similarly, Cody shared an experience with a producer in which she asked what he thought the film should be. His response was simple: “Megan Fox is hot.”

2009 was a rough year for Fox as she was ruthlessly attacked by the media to the point of having a “psychological breakdown,” in her own words. She said she didn’t want to be seen due to the fear of how she would be treated by people. She also talked about how she feels she was a part of the Me Too Movement before it began but also how people didn’t take her seriously.

Through Megan Fox, one can see just how much the way someone is treated can shape them. It seemed that only in recent years her experience has truly been acknowledged as a problem by both men and, sadly, women. Fox stated that while she herself was a feminist, she thought that other feminists didn’t want her. However, in recent years this might have changed.

Claire Labat, ‘22, said that “Megan Fox’s story inspires me as it shows perseverance and strength.”

This is very much backed by Fox’s own opinions on her experiences as she stated that she has only “grown” from her struggles with sexism. Fox can, and very much should be considered a feminist icon because of this. She was able to take her pain and turn that into strength. In conclusion, Megan Fox should be an inspiration to all.