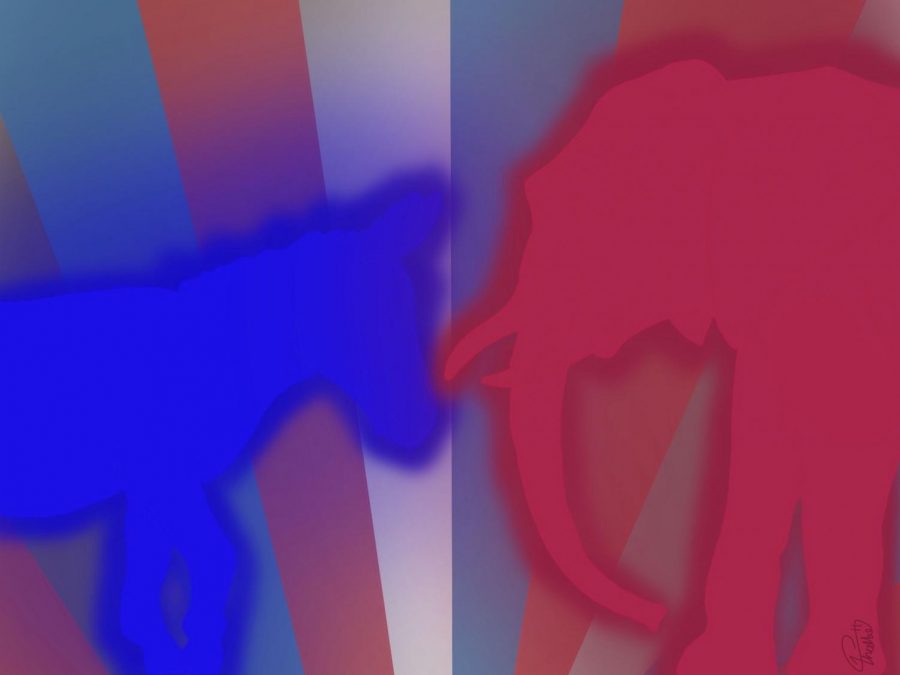 From cheeseburgers to football to Hollywood, the United States of America is known for many things. One of these increasingly famous components is the controversial arena of American politics. Whether we like it or not, America has become known worldwide to be a place of complete stratification, where a simple conversation may be impossible due to utterly conflicting ideals.

One of these many areas of divisiveness can be found between generations. Generally speaking, as we get older, we become more conservative, while young people favor liberal policies. Young voters are often criticized for being outspoken on issues but not participating in the United States’ political system.

This assumption has been valid in the past, with only 45% of young people (18-29 year-olds) voting in the 2016 election. According to the Tufts Tisch College for Civic Life, that number increased to 53% this year, displaying an increasingly civically engaged population as well as the political power and potential that young people possess.

In this election, young voters showed a substantial preference for Biden and other democratic candidates over Trump or Republican candidates. This year, 62% of people ages 18-29 voted for Biden while only 35% voted for Trump, according to Tufts University Tisch College.

Looking at the most critical issues of young Trump and Biden voters, the coronavirus, racism, and climate change resonated most with young Biden voters; on the other hand, young Trump voters said the economy, coronavirus and abortion were their top issues in the 2020 election.

Mya Sato, ‘21, identifies as a leftist who supported the Biden-Harris ticket this presidential election, but supported Bernie Sanders in the primary. Sato detailed some of the issues about which she cares most, such as climate change, foreign affairs, racial equity, addressing racial tension with sensitivity and historical knowledge, health care, COVID-19, the growing class divide, women’s rights, indigenous rights, environmental pipelines, raising the minimum wage, corruption with the influence of big tech companies, criminal justice reform, and national security.

Sato said, “Biden is humble enough to admit his own faults.” She also said, “[electing Biden and Harris] is not [just] electing them to get Trump out of office. We are electing [Biden and Harris] to hold them accountable to actually make these changes and improve for the future, not just to retain and revert back to the status quo where things were more subtle with inequities and inadequacies in our political, economic, social, and cultural structures.”

Looking toward the future Congressional and Presidential races, Sato said, “At this time, I believe too many old people are in office, and the newer generation has a lot to offer in terms of political potential and in terms of cultural change, and so I definitely wish that younger candidates would run.”

Sato also expressed excitement over the approval of Ranked Choice Voting in the Minnetonka district and hopes it will become a more established practice in the entire United States to “allow for more party participation from all sides of the aisle and help us get into a pluralist model of democracy.”

Sato said she believes this model can help to create “an equal playing field, instead of an overwhelming amount of wealth and resources.”

Peyton Crest, ‘21, primarily identifies as a moderate and, in the 2020 election, she did not support either of the tickets. During the 2020 primaries, Crest preferred Buttigieg to the other Democratic candidates. Her three most significant issues are women’s reproductive rights, LGBTQ+ rights and addressing mental health across the nation.

Crest said she hopes that, during these next few years, “people are more accepting of others’ ideas” because “everybody has had different experiences that lead to their own opinions.” She also expressed hope for “more representation and advocation for minorities.”

For future races, Crest said, “I think it’s important to have people who have had different experiences” and “more moderate beliefs.”

Katrina Tadros, ‘22, is a left-leaning moderate and supported the Biden-Harris ticket along with other Democratic candidates. During the primaries, she endorsed the more moderate candidates, like Yang, Buttigieg, and Biden. Tadros also said her three most significant issues were those of Black Lives Matter, prison reform, and housing.

When speaking about her expectations for the Biden presidency, Tadros said, “honestly, at the federal level, I’m expecting conversations to be better, especially [for politicians] to work together. But, I’m not expecting huge policy changes.” She also said she is “expecting people to hold Biden accountable, just like they did Trump.”

Reflecting on the House and Senate results, Tadros was “very upset that Mitch McConnell won again,” but “wasn’t surprised when democratic seats were lost in House swing states.”

On the presidential election results, Tadros also said, “I think a good amount of people were able to take a breath.” However, she said she hopes “people don’t stop advocating just because Biden will be president.”

Maya Mor, ‘23, considers herself to be a Democrat and supported the Biden-Harris ticket in this election. During the primaries, she endorsed Biden because she thought he would have the best chance at beating Trump, but her policy views aligned with some of the other candidates. Mor’s three most prominent issues are the coronavirus, police brutality, and climate change. Mor especially wants the United States to enter back into the Paris Climate Agreement.

Speaking about the state of our nation, Mor said, “everything has gotten so political, down to wearing a mask,” and “there is so much division between political parties.”

Reflecting on the House and Senate Results, More was “hoping for a couple more chairs to turn blue.” Mor also was disappointed because, “with the Republican majority in the Senate, I think a lot of the things Biden and other Democrats try to get done will be blocked” and that “the House and Senate are just as, if not more, important than the President.”

In the future, Mor said she would love to see “a female president who aligns with my views” and more youthful candidates.

In this election, Helena Moore, ‘21, supported the Biden-Harris ticket, but Moore would consider herself an Independent with views on the left, not a Democrat. During the primaries, she gave her support to Bernie Sanders.

When asked about the new presidency, Moore said, “I really hope that change is made. I know a lot of people voted for Biden because they wanted to get Trump out of office, but I don’t think we should stop there.”

“We got to keep pushing for change,” Moore said.

In the future, Moore said she hopes that Alexandria Ocasio-Cortez and Andrew Yang will play an increasingly prominent role in politics, perhaps even running for president (again, in Yang’s case). She would include Sanders in this mix but said she believes that he will be too old to run again.

Moore also said, “in the past, nobody really has taken a large leadership role in the things we need to address.” Her hope is “for people is to stop idolizing candidates, and this goes for a lot of people, like Obama for example, even though he has done a lot of bad stuff” and “we should hold [past, present, and future politicians] accountable for their actions.”

There are numerous opinions regarding politics, and all the interviewees mentioned this vital concept: civil discourse. In other words, Americans need to engage in thoughtful discussion and reflection regarding the most pressing policy issues of today. As the country moves into the coming years and the tumultuous, ever-changing political scene, this will become increasingly paramount, allowing citizens to truly focus on improving the country and ensuring a brighter, more equitable future.

Note: By press time, MHS students holding conservative viewpoints were contacted to share their thoughts about the 2020 election as part of this article; however, those contacted did not respond.