Our Untold History: Keeping Past and Future Queer Voices Alive 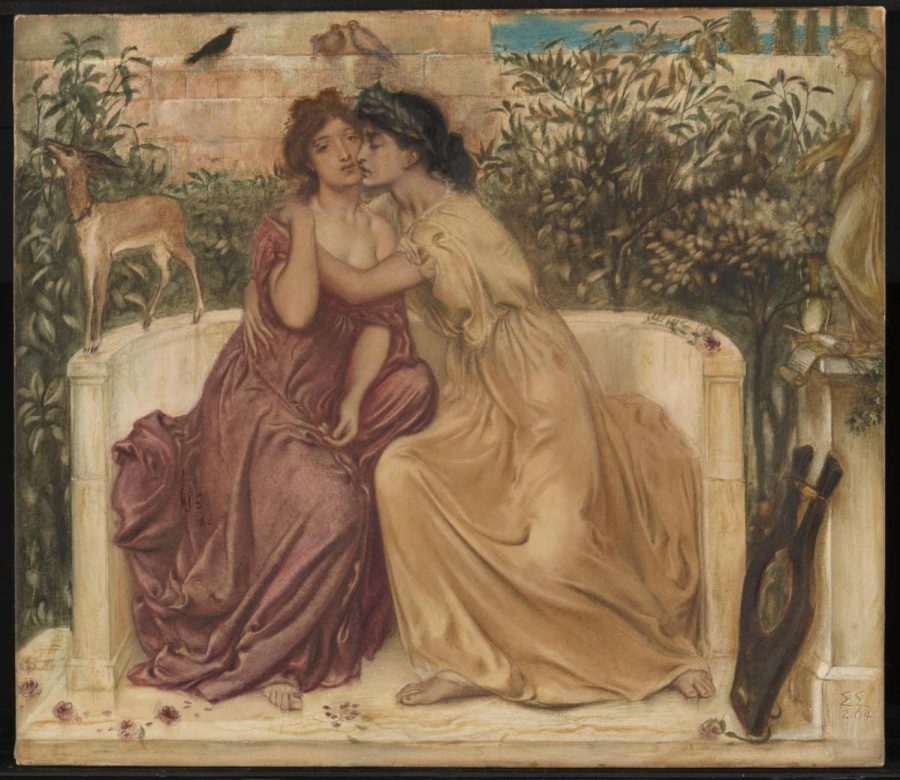 “But since she prick’d thee out for women’s pleasure/ Mine be thy love and thy love’s use their treasure.”

These two lines complete William Shakespeare’s “Sonnet 20”. Like “Sonnet 18” (known for its iconic line “Shall I compare thee to a summer’s day?”) and the rest of Sonnets 1-126, this work is dedicated to a single man, referred to simply as a “fair youth.” While Shakespeare’s most famous works—Macbeth, Romeo and Juliet, and even “Sonnet 18”—are some of the most commonly referenced pieces of literature in history, few know about the other side of Shakespeare—the side that might not fit so neatly into history’s expectations.

The history taught in school curriculum often neglects to tell the stories of those who don’t fit into society’s standards. Many scholars believe that Shakespeare was, in modern terms, bisexual. While this cannot be confirmed, some modern Shakespeare historians do believe this was true and greatly impacted his writing and life. I’ve analyzed many of Shakespeare’s works for school but was never made aware of an important piece of context of Shakespeare’s life that many now believe heavily affected his writing. Just like Shakespeare, there are countless other queer writers and stories that have been erased from history to fit into the narrative we have all been taught: that being anything other than straight and cisgender is abnormal.

The works of the ancient Greek poet Sappho, who lived from 630 to 580 BC, tell of her strong love of other women. Nine volumes of her poetry were stored in the library of Alexandria, but most of it did not survive the devastating fire. Fragments of her writing live on today, and enough of her words were preserved for us to understand some of her life and love. Reading her works allows us to explore the hidden reality that queerness was common in ancient Greece and to open our eyes to the pieces of history that breathe life into a group of people commonly erased from history’s view.

The Markandeya Purana is a Sanskrit text of Hinduism created in 250 CE. In this text, Avikshita is the son of a king who refuses to marry because he believes he is a woman. In ancient and medieval Indian culture, gender fluidity was accepted and cherished by society. By taking queerness out of a white, Eurocentric view to learn about this Hindu text and many others like it, we can better understand ancient Indian culture and the vibrancy of queer identities before British colonization.

Robert Graves, Rupert Brooke, Siegfried Sassoon and Wilfred Owen were all soldiers and poets during World War I. All of these poets are well-known British men and their work depicting the war has been a curriculum staple in England and outside of it. What is not commonly taught, though, is their war poems that describe their love for other men. These tragic stories depict the heaviness of fighting and the men’s experience risking their lives for a country that would not accept them as they are. Homosexuality was illegal and highly persecuted in England during the early 1900s, and only fifty years later would it be partially decriminalized. Reading these poems today helps to reunite the stories with their lost context and shares a unique perspective on war, grief and loss that has not previously been taught.

As these histories reveal, queerness has been around longer than people like to admit. The idea that queerness is new or even a temporary fad that will go away with time is not only extremely bigoted but also factually untrue. With legislation like the “Don’t Say Gay” bill in Florida, which prohibits teachers from discussing topics surrounding “sexual orientation and gender identity” until after the third grade and has quickly silenced queer voices and perspectives throughout the country, it is obvious that the fight for queer recognition and equality is far from over. What we can and should do to combat this blatant erasure is continue to learn. Celebrating stories of historic queer activists, poets, playwrights, world leaders, soldiers and regular people shows those who are trying to take away our history and our voices that we are still here, and we have always been here.

Whether people like it or not, queer people have helped write history, and there is no erasing that truth.